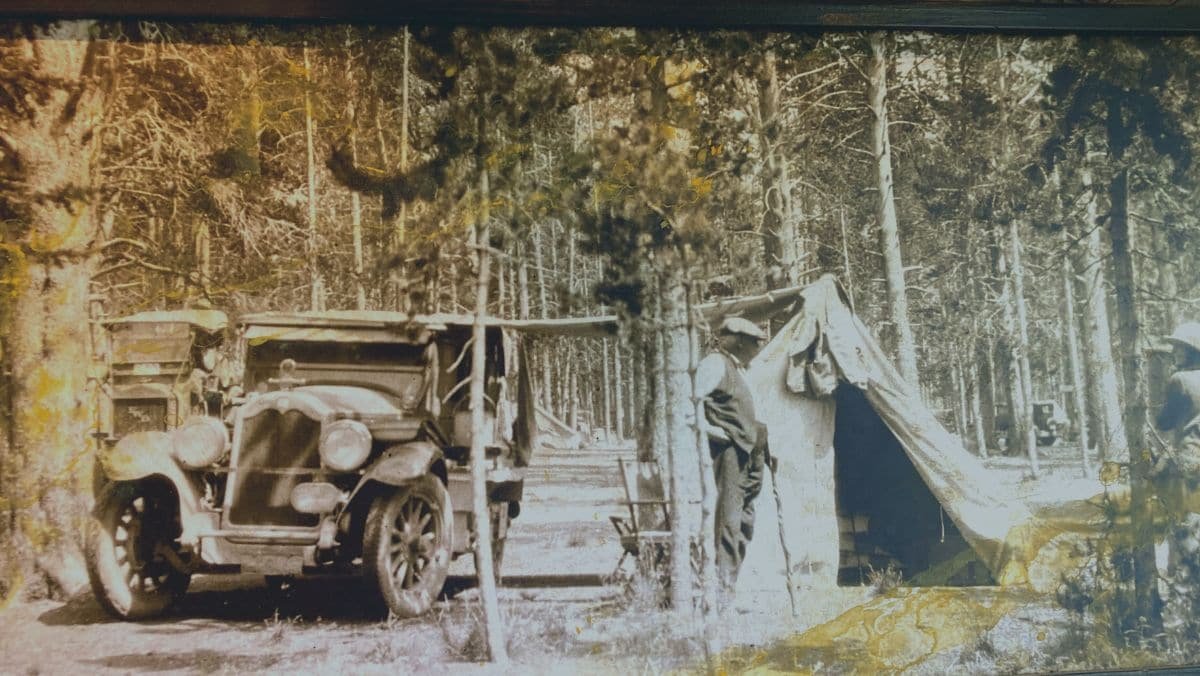 To understand thoroughly what overlanding is, we need to go back to its origins.

We could say that one of the first overland expeditions can be traced back to the 13th century when Marco Polo made his trip to the Court of Kublai Khan, all the way from Venice. However, it took a few more centuries before the modern form of overlanding was developed.

As we mentioned, the term overlanding can be traced back to the Australian outback. At the time, farmers had to move their cattle across long distances as the seasons changed.

They had to traverse the long distance, and that is how they coined the word. Later on, as workers were building highways to open up the Outback, they used the phrase overlanding to describe their journey across the outback.

Up to this day, overlanding enthusiasts use these roads in Australia.

In general, in Australia as well as in South Africa there is a long tradition of exploring by a self-contained vehicle or motorcycle, they really know what is overlanding.

One of the first-ever use of motorized transport for leisure only can be traced back to the United States. It took place in 1903 when George A. Wyman rode a motorized bicycle to New York from San Francisco.

He managed to cover 3,800 miles in just 50 days. However, his bicycle’s engine broke down during the final 150 miles, and he had to pedal to the finish.

A well-documented, among the largest and peaceful overland expedition took off from the UK to India and back. The entire convoy comprised over twenty coaches that carried 25 people each.

The Commonwealth Expedition, which was often called the Comex 3, still holds the record as the most prominent overlanding expedition ever. The expedition took place in 1969 and was among the largest and most peaceful overland expeditions of the time.

The entire convoy comprised over twenty coaches that carried 25 people each who traversed the huge distances between the UK and India.

Another notable expedition took place between 1969 and 1970. A convoy of four Land Rovers embarked on an overland journey that took them from South Africa to the UK.

As you can imagine, it was not easy.

The main reason was the poor state of the roads in Africa at the time. Members of the expedition had to spend long hours trying to pull their vehicles out of the mud in areas used for foot or animal traffic. However, you can imagine the rewards far outweighed the effort.

Growth In The Popularity Of Overlanding And Overland Travel

Technology has been a primary driver in growing the accessibility of people to Overlanding. The ability to work remotely has given folks the flexibility to take their work on the road.

All you need is a laptop, some juice, and perhaps the odd internet connection, and you can still work while marveling at the stunning vista you have discovered. Another reason is that modern overlanding can be quite cost-effective.

For example, you do not have to spend thousands of dollars to stay at hotels or to eat at expensive restaurants. You can add a lot more fun by bringing everything you might need for the trip.

A great thing about overlanding is that you can go alone or with friends, or family, but when you are in groups, it becomes easier to handle issues like a breakdown, and it is also a lot safer.

If you like, you can bring a pet with you, just ensure you carry enough food for him or her. Besides that, ensure you get all of the legal permits required at international borders with pets.

Since you will probably not be staying at any hotels, you do not have to worry about being denied accommodation for your pet.

Travelling in a cost-effective way is really part of the essence of what overlanding is today. But not only wallet-friendly, your overland travel can also be environment-friendly too.