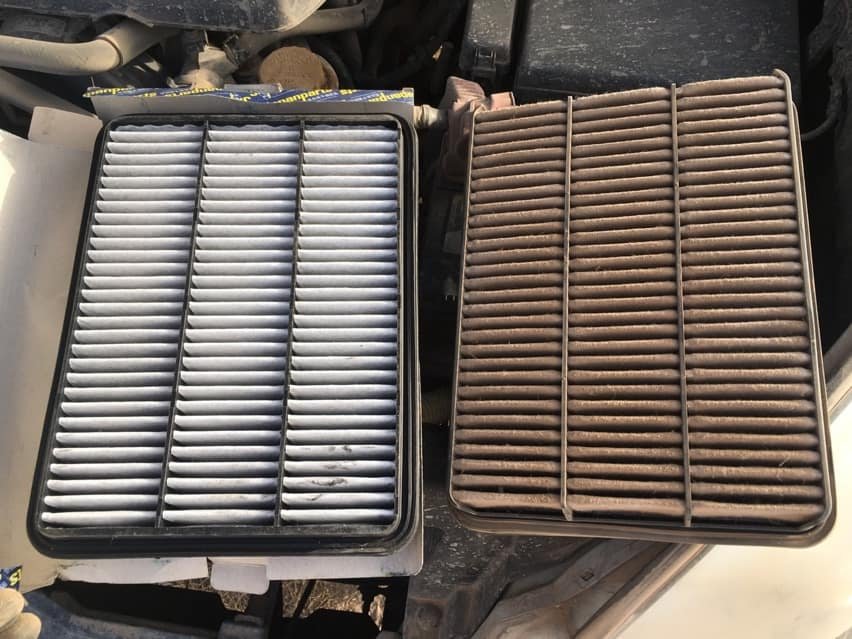 A noise woke us up in the morning as if we had set up our tent in the middle of a village market. About 50 cars were camping under a bunch of baobab trees and since we were never really far away from some villages, we were inevitably found by the locals.

The atmosphere wasn’t as friendly as we had experienced before though.

People seemed poor in the area, but I had the (perhaps wrong) impression that they were much better off than people we met before and not so desperately in need of much.

I must have been wrong, because at least 100 people were roaming the camp area in search of anything they could potentially be given.

They were quite pushy, and on some occasions we had to ask them to leave our personal stuff alone and not to just take it. They even took the Toyota’s used air filter that I replaced after the previous day’s dust bath.

It wasn’t easy to pack up our camp in these circumstances.

Anyway, we left and, just like after the hard off-road stage in Mauritania, decided to take it easy and drive straight to the next dedicated campsite, although Mate and Aliz in the Porsche decided to drive off-road.

We, along with Jim and Gyuri in the Discovery, stopped under a baobab tree to try and clear the dust from the interior of our cars.

We used Mate’s awesome ARB air compressor to blow the dust out of the back, the dashboard, the food-box… from everywhere. It was a job that took quite some time.

After a few hours of driving we arrived at the campsite, the Campement Wassadou on the Gambia riverbank. While on the road we had received a message from Mirek saying we should avoid Tambacounda because the town had been set on fire.

As we later found out, the government had introduced a new law making it mandatory for motorcyclists to wear a crash helmet. Senegal is a hot country, so I can sort of understand why people were unhappy about this new rule, but creating barricades throughout the town and setting them on fire may have been an overreaction.

Arriving in the campsite early meant we had time to cook a nice meal, have some beers and enjoy a relaxing day with other overlanders.

We may have had one beer too many.