Catching the Ferry from Almeria 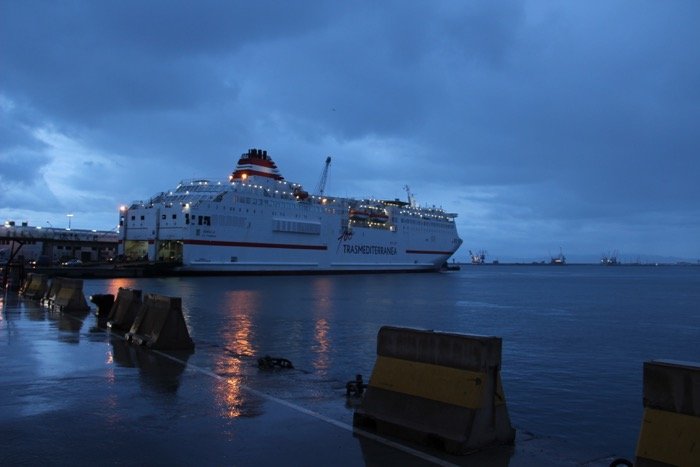 After a great, long sleep in the outskirts of Munich the previous night, we felt so relaxed (well, Evelin did – I crashed around 3.00am) that we carried on driving overnight, only stopping for a couple of hours sleep in one of the rest areas on the Spanish motorway just after Barcelona.

Our approach was to stay fresh by swapping out about every 45-60 minutes rather than our usual 2-hour driving changeover. And it worked.

By late afternoon we reached Almeria, where our ferry was departing from, heading for Melilla. Which is in Africa. But still Spain. Confusing. As we found out, there are towns on the other side of the Gibraltar Strait that belong to Spain.

You leave Spain only to arrive back in the same country. The ferry didn’t depart until midnight, so before that we had a chance to reorganize the back of the truck and tighten down a few things in the trunk before the rougher African roads and off-road stages.

We had actually booked our ferry for the morning of the 15th but having arrived to Almeria on time for the midnight ferry, we decided not to use that ticket (we were not able to cancel it so lost what we had paid for that) and book the one for midnight.

Financially this wasn’t a clever decision. At all.

However, this way we had the chance of having a much more relaxing next day and a good night’s sleep on the ferry, as the trip was 8 hours long.