Essential Overland Gear or What We Use – Part II: Navigation 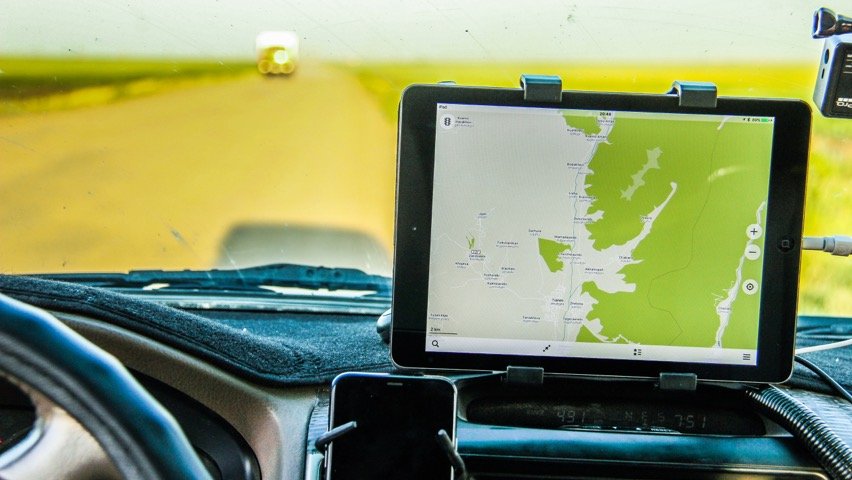 We came up with a rough route between our starting point of Budapest, Europe and the desired finish line of Singapore, and all our navigation is based around this rough itinerary.

Evelin has put a road-book together that lists potential sights, basic information about each country and currency, and printed a Google Maps screenshot for each country.  This provides us guidance in terms of general direction, but for the detailed navigation we mainly rely on Maps.me.

Maps.me is a smartphone or tablet application that can be used offline, and it’s simply brilliant. It has its flaws and bugs, but it works great 99% of the time.

Since it’s an offline map, it doesn’t know about the latest roadworks or diversions, but other than that, it’s a very good tool for navigation. It even has most of the dirt tracks too. We also used this app in Africa earlier this year and were amazed at how many really remote tracks it knew about.

It’s free and it works offline

When we were still at home, we downloaded the maps for all the countries on our planned route and that was it. No need to connect to the internet with the iPad anymore.

For the iPad to be able to track the actual location though, we have to use a GPS device called Bad Elf that connects to the tablet and our iPhones via Bluetooth.

We’ve been asked by a number of people how we navigate, so I thought I’d sum it up in a short post.

One thing to know about Maps.me is that it seems to always calculate the shortest route, even if that involves dirt tracks or other off-road trails.

It’s great because you can go places you wouldn’t plan to see otherwise, but sometimes you actually need a 4×4 overlanding vehicle to follow these routes.

However, these more difficult trails are easy to avoid if you add some points where your route should go through.

Since we buy local sim cards with internet access in each country, we can sometimes also use Google Maps. We usually use this to double check routes that Maps.me calculates, but it’s also useful when we’re in a busy city.

Essential Overland Gear or What do we Use – Part I.: Safety

It’s not necessarily an application for navigation, but we do rely on iOverlander a lot to find camp spots and other useful overlanding-related information.

Once you find the right place on their built-in map, the application is linked with Maps.me and will open with just one click, so it’s very easy to navigate to any place listed in iOverlander.

So nothing really complicated. We don’t use any hardcore off-road navigation system with satellite maps.

We still get plenty of off-roading opportunities without deliberately looking for challenging roads.

To drive on roads in Kazakhstan, where we are right now, is sometimes harder than off-road trails in northwest Africa.