Why is it called The Gambia and not just Gambia? 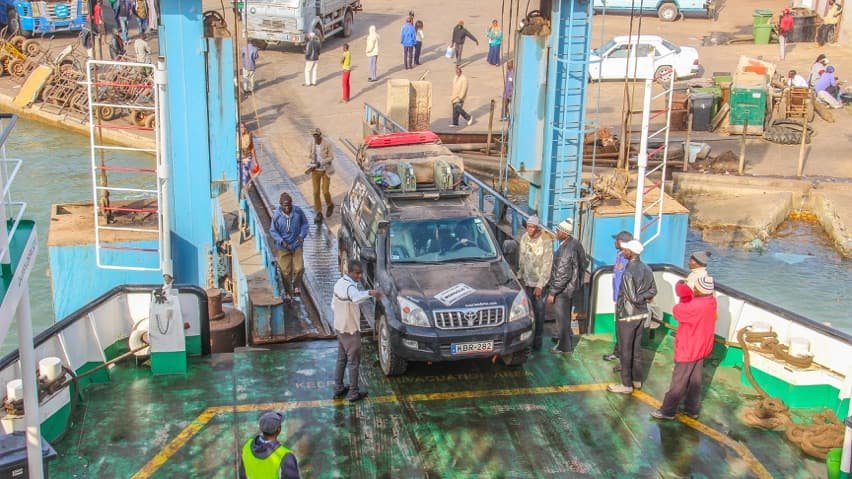 As I looked into it, the only three countries in the world where the definite article, “the”, is officially obligatory are The Bahamas, The Gambia, and The Netherlands.

In the case of The Gambia, there are two reasons for the definite article.

When the Portuguese first arrived in the region, they named the country after the river, The River Gambia, so they called it ‘A Gâmbia’. When the English arrived, they adopted the translated name so that the country became The Gambia.

The second reason is that when the country became independent in 1965, there was another country, Zambia, which also gained independence from the UK. The Gambia didn’t want to be confused with Zambia, so they insisted on the name to be officially kept as The Gambia.

We had an early start in order to reach the ferry from Banjul to Barra on time so that we could continue towards Dakar, Senegal. We’d heard horror stories about the ferry crossing, with waiting times of 8-9 hours and tourists being pushed to the back of the queue. None of this happened. We were expecting a massive ferry terminal, but it was just a small port with a ferry ramp that I had to push down myself with the Toyota, as people coming from the other side couldn’t get off of the ferry thanks to a faulty port ramp mechanism. There was no queue, and we easily got our tickets thanks to some local guy’s help (and thanks to a tip from us in exchange).

We squeezed onto the ferry among big trucks and after an hour and a half ride, arrived at the other side. We expected a long, hard border crossing, but that was relatively easy too. What I could not understand is how the same kids could beg on one side of the border and 20 minutes later do the same thing on the other side in Senegal. I definitely didn’t see them queue up for a passport stamp; obviously local people just walk through the border as if it wasn’t there.

We made such good progress that we even had time to stop at a safari park just after we entered Senegal: the Fathala Wildlife Reserve. We had a fantastic guide on our tour and managed to see zebras, antelopes, warthogs, a crocodile, and a rhino. Rhinos are sadly so rare today that we were very lucky to see the reserve’s only one in their 6,000 hectares. It was a male – sadly, the female rhino recently had a heart attack and died.

After the safari park experience, we had a smooth drive through the savannah all the way to Dakar. We had a hard time finding the hotel in the chaotic traffic, but eventually, we checked into our hotel in the Ngor district. This was on the westernmost point of the African continent.

2 thoughts on “Why is it called The Gambia and not just Gambia?”