The Road to Dakhla on the Atlantic Coast 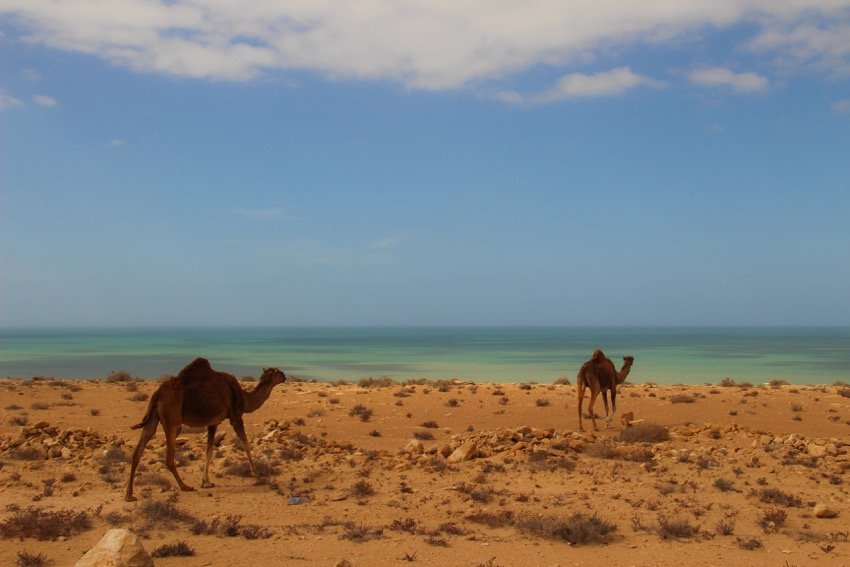 One of the downsides – among many – of a disputed territory such as Western Sahara, is that some areas can be full of landmines. In some parts of this region it’s not advised to go off-road, which is why the official rally stage was getting us directly down to Dakhla on the main road.

The landmine situation is mainly true for the eastern part, close to the area controlled by the Polisario Front, where Morocco built a long wall used as a defensive line. Maintaining their border control costs them roughly $400 million per year. It sounds insane for a mud-sand wall in the desert.

We didn’t really mind driving on the mostly well built highway on this sunny day, driving right next to the Atlantic Ocean. We only had one site to visit; a couple of abandoned shipwrecks. Unfortunately I wasn’t able to find the history of these ships anywhere online, but they were still really cool to see.

Other than the shipwrecks and the breathtaking view of the Atlantic Ocean, it was a relatively monotonous drive to Dakhla, where we arrived just before sunset. We had time for a nice(ish) dinner in a local restaurant, which was probably the only one that served beer too. Highly recommended: Restaurant Bahia. We’ve heard rumors that Casa Luis also serves beer, but we didn’t try it so we don’t know for sure.

Dakhla is a relatively developed town situated at the end of a very long peninsula. It’s known for being terribly windy, which is why it’s very popular among kite surfers. There are a number of cool campsites around, mostly busy with kite surfers from Europe all year round.

Our dedicated bivouac was a sandy site at the beginning of the peninsula. By the time we got there after our dinner it was completely dark and insanely windy. Nevertheless, we got our rooftop tent set up and had a few more drinks with the guys from our convoy. We were all in agreement that the more intense part would start the next day, when we were going to head for the Mauritanian border.