Overlanding in The Gambia – Roadblocks Everywhere 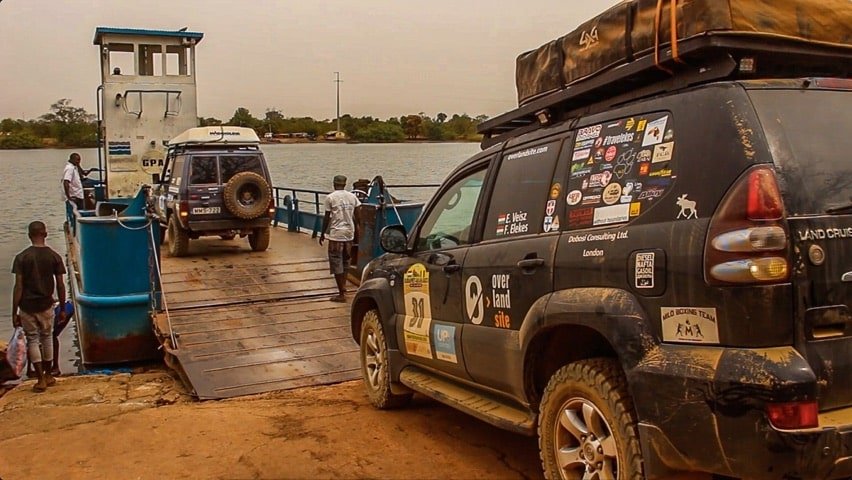 The Gambia is the smallest country on the African continent. Yet to get from Janjanbureh to Tendaba, about 100 miles, took us several hours.

This was due to the countless roadblocks that are present on every main road in the country. This is apparently nothing new, the country is used to having roadblocks everywhere, but due to the current unstable political situation, the roadblocks are not getting any looser or less frequent.

Dictator Jammeh, who ruled for 22 years, only left the country in January 2017, so power struggles must still be happening among the elite.

Military and police checkpoints were blocking the road after one another. The military ones looked more serious, but they were the easier ones.

They checked our passports and we were sent on our way. However, police officers kept asking for ‘little gifts’. You either give them a pen or something similar, or else face even more delays in your trip.

Of course, it could be argued that by giving them a present without much hesitation or protest, you’re not contributing to changing the corrupt system that encompasses the whole country.

While I’d agree with that, the only excuse I have is that we needed to make progress.

Since we brought school supplies and small toys for kids in order to donate them in appropriate places, we had lots of stuff to hand out over the course of the trip.

However, by the time we got to The Gambia we had sort of run out of these ‘little gifts’.

This is how we ended up in a situation where a policewoman, after I’d told her I didn’t have any presents for her, stuck her head through the driver’s window, looked around inside the truck, pointed at my towel that was air drying in the back and said, “What is that? I need that!”

This was not the time or place to argue so I handed her my dirty towel and we were off on our way.

Jim and Gyuri had also run out of presents by then, so at one of the checkpoints they gave a leftover piece of parmesan cheese to one of the officers.

It was surreal, but after what felt like several million of these checkpoints, we made it to Tendaba where our camp was.

The highlight of the day was, however, the village that we visited: Sankulay Kunda.

The village was in a desperate need for a new well and the rally organizers raised money in order to get a well made for them.

They even named the park around the well ‘Budapest Park’.

We wanted to have a look at the villageand the well and when we turned up, the locals were more than welcoming us and kindly showed us around the village. We visited the local school as well.

Read the next post on how we crossed the Finish Line.