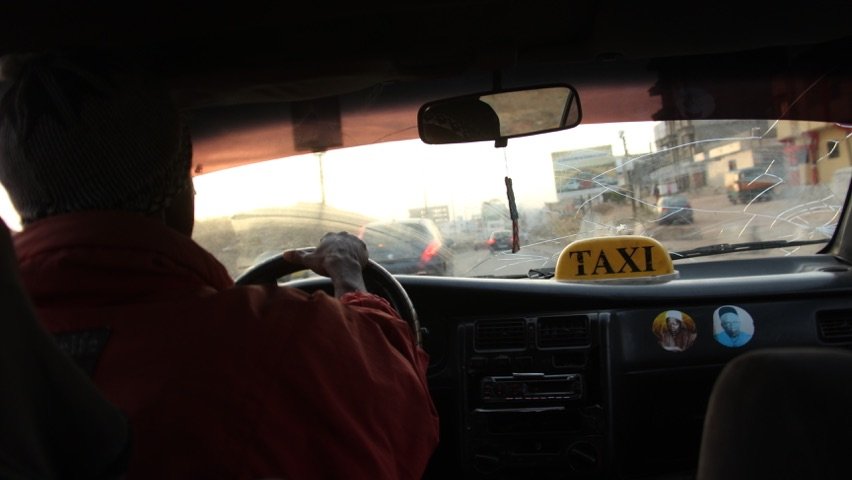 You wouldn’t think Dakar has anything to do with North Korea. However, one of Dakar’s main attractions is a massive, hideous statue that’s supposed to be a symbol of the African Renaissance. On this day we were going to look around Dakar, and the statute was on our list.

According to Wikipedia, “the African Renaissance is the concept that African people and nations shall overcome the current challenges confronting the continent and achieve cultural, scientific, and economic renewal.”

The statue is everything but African Renaissance. Bad design and corruption describes it the best. It was designed by a Romanian architect and built by a North Korean sculpting company who are infamous for similar, large statues throughout Africa.

In a country that should obviously finance other projects in order to benefit its very poor citizens, this statue cost $27 million.

Before visiting the statue, we strolled through Market Soumbédioune where you can find lots of nice artefacts, masks, and handmade everyday items.

It’s a bit easier than the Banjul Central Market but there’s still a lot of hassling from vendors.

Close to the westernmost point of the African continent is where the US Embassy can be found. The massive, well protected building made an impact on the neighbourhood as well.

Nice villas and apartment blocks sprung up everywhere, with supermarkets in between that sell mainly American products.

Over dinner we made plans for the next day. We, along with the Porsche, would be driving north to Nouakchott, Mauritania.

Meanwhile, Jim and Gyuri would visit a local project, as they were trying to expand the activities of their foundation to help even more children in Africa. Check it out, their work is awesome: Africa Another Way.